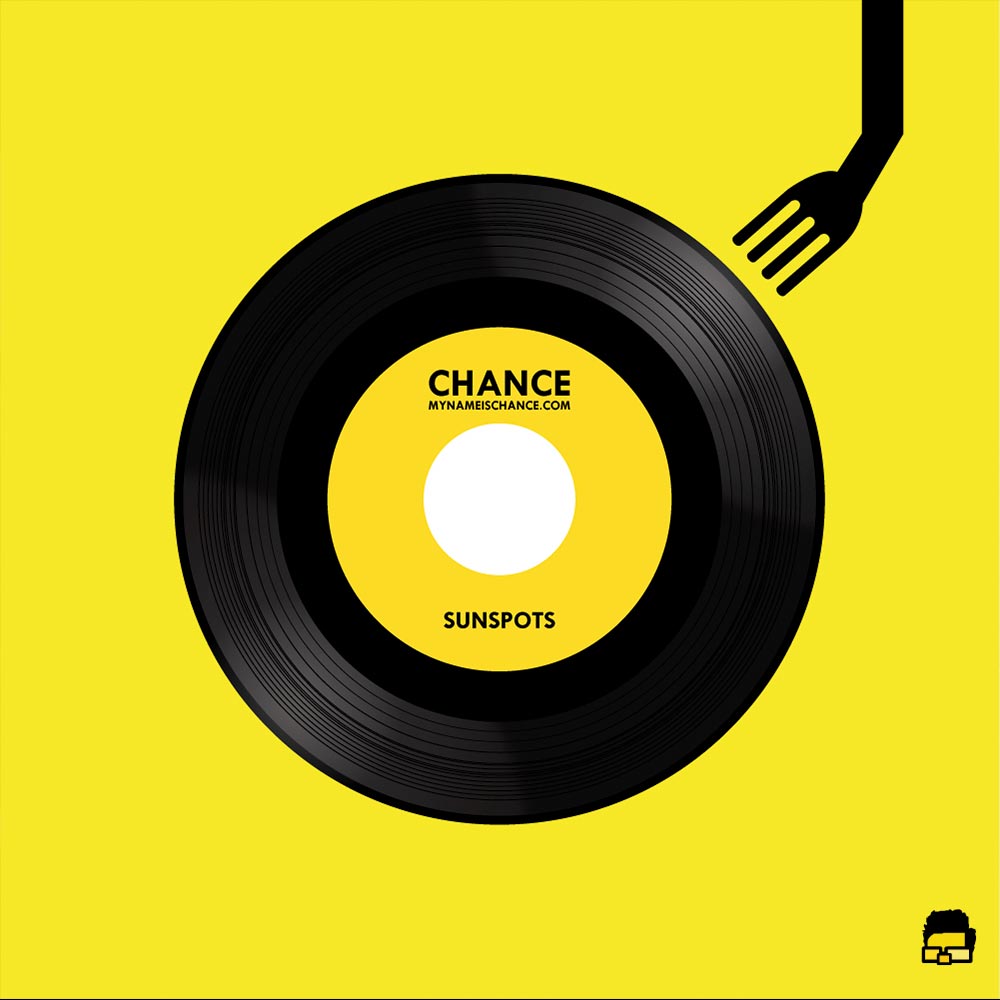 Oh…
Break it up then shake it up then
watch me as I make it up
say yeah!

I might crack, but I won’t break down
so watch me as I wear the crown
say yeah!

Sunspots ain’t so bright, but I’m brighter than you tonight

Blink, blink, I had enough to think
Think, think I got a lot to prove
when all the world’s a stage

Sunspots ain’t so bright, but I’m brighter than you tonight
But every time I get to thinking
something gets in the way of thinking

This one took a little while.

It seemed each time I pulled the song up, I carved, or changed, or added something. Some songs are just like that; it can be a bit frustrating. This one falls into that category, but not to a big degree. Just “part of the process.”

The first thing to pop up was the drum beat, followed by the bass synth riff: a portamento vibe which played off it nicely. It’s probably amusing only to me, but it’s funny how minor it almost leans; almost, I say, because it’s really a very major part tonally. I think it’s the C in the 2nd chord that bends my ear.

I took the drum loop, simplified it during the verse (if you can imagine that), but nothing compared to the chorus. I really wanted to separate it from the Dave Weckl-like syncopations. So I went the Bonham route.

It’s a deceptively simple part; try air drumming it: you want to add much more than is actually there. But the truth is the guitars and bass take most of the syncopation over. That was the balance I was seeking to expand upon.

I love it when parts hand themselves over to other instruments. It doesn’t have to be the notes either; it can be rhythms as well, whether complex or sparse. So long as it’s a change from section to section, it can be very pleasing to me.

Sunspot’s lyrics came about from the hook first, and once I had a loop going, I just pressed record and sang the first thing that came to me:

Simply reporting the obvious, as I was making up words on the spot. Yet that became my foundation. (go figure!)

At one point, I even had a small discussion on my Facebook page about what exactly I meant by “sunspots ain’t so bright, but I’m brighter than you tonight.” It took a while for me to clarify and coalesce the meaning, but it essentially came down to this:

You know how sometimes you can try hard, maybe even succeed a little, and people hold that against you? Take a look at how we view success nowadays: we almost frown upon it. And I’m not just talking business/work life. I think it’s worse in people’s personal lives. “How dare they be so happy!” you might expect some people to say. They’re itching to knock you down a peg.

So I guess this is a bit of a “fuck you” song, in some ways, to that illogic. Or at least a “phpttttt slash nanny nanny boo-boo”….

Note, too the pre-chorus: I intended that to be about how, at least animalistically, once we actually go to the trouble to stare each other down, we usually back off. Which means that one side is just as worried, concerned with their own attempts at success in their own lives, as the other guy.

Love Mike’s solo on this one. Based on the oooh’s in the background, he took it to a new place. Very happy with how it came out. Favorite part though, is all the call and answer stuff at the end. Love how creamy the tone came out.

Also, note the slight distortion on the voice in the 2nd verse. Threw some on there to accentuate the tension of the words.