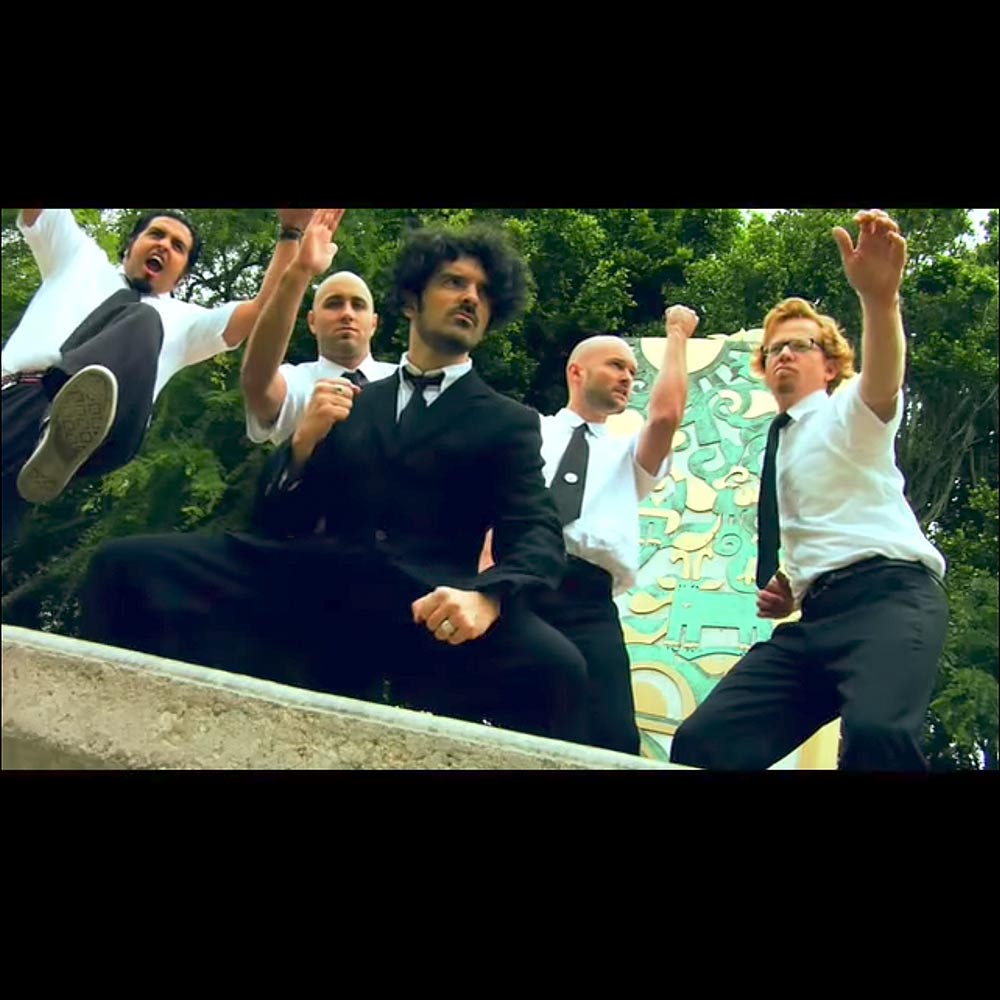 Man on a Mission

Directed by Jeff Cobb; Shot and Edited by Bill Palmer

Load up on all the ammunition
Shoot the bad guys as fast as you can!
Look how they fall into submission
One by one, like a breeze in the summertime!

Look how the enemy’s exploding!
Look how the past comes alive!
It tastes so good that I’m reloading!
Grab on to something and put me into overdrive!
We turn the corner going faster
Don’t wanna jump? Just do it, let’s go!
Yo, good and bad, get in the same line!
One by one…one by one!

Originally written on acoustic guitar, this song floundered about waiting for a middle section. I only had a chorus, one verse and half of another, and no where to go from there.

For the past 4 years, it seems pretty obvious (certainly to me) that many songwriters are oh, influenced by war. The dialect, the dialogue, the technical aspects and the emotional side.

I will be honest with you: I can’t remember whether I originally
intended to put war like words (rat-a-tat-tat) as a not so subliminal diatribe or whether I put in war like words only to make analogies for an all together different subject. And frankly, I’m not sure which ultimately survived and is the de-facto direction/intention of this song. For this I leave up to you.

There are times, however, where I will just enjoy the wordsmithing of it all. The chorus deals with a self-centered main character, but I made her a woman. The verses have all the war like verbage, but doesn’t seem to come across as very negative. It can also be taken as a man on the hunt for what most will know is the obvious prize.

But I didn’t find the song really taking on the life it deserved ’til I wrote the middle section. Based on a guitar riff in E that, seemingly, everyone follows, it just kicks the piece up. It’s an absolute blast to play live.

Add to this the intent of mine to make elements of the song have an almost gospel revival influence. It’s not obvious; just subtle enough so that the overall feel of the choruses come across as fun.

Take all these ingredients and, somehow to me, the whole thing ends up working…

But hey, you be the judge!

This is currently the fastest BPM (Beats per minute) Chance song.