This is my "Immigrant" Song

I was born in Florida, the 27th state of these United States of America. I was given up for adoption by (it is my understanding) two students from Colombia who were about age 18 at the time. I was immediately scooped up for adoption by a lovely woman from Honduras and a man from Oklahoma (he of Scottish descent). He met her in Honduras, and they moved to Orlando when they married. A few years later, they adopted me.

They informed me of my adoption at a very early age; to the contrary of being stigmatized, we celebrated my arrival as a 2nd birthday for many years (9/5 if you are curious). I think my adoption molded me in myriad ways, but perhaps most notable and relevant to this discussion was this fact that while I was raised by Honduran and Scottish-American parents, I technically had Colombian blood in me. Which all means a whole bunch of nothing if you really get down to it.

I am simply an American. Just as American as anyone else. No more, no less.

My Mother became an American Citizen in the 1980s. To this day I remember exactly what she was wearing: A navy blue (hipster now) pantsuit, with a red, white, and blue scarf. She loves her adopted country as much as anyone else. Just as she loves her adopted son. I will protect her from anyone who suggests otherwise.

I grew up during a time and place when and where it was quite fashionable for bullies at my school to call me “Puerto Rican”, or “Cuban”, or whatever (as if being geographically ignorant was a pejorative).

Now, being the shortest kid in class, I relished the fact that I was SO small they would be fucked if they tried to beat me up. Since they knew this—and I knew this—I used it against them. My voice was to be my strongest muscle.

“You idiot; first, my Mom’s from Honduras, and second, I was born about 10 miles from here. Maybe even in the same hospital as some of you.”

I can’t tell you how many times in my young life I had to state this.

I am an American. With immigrant’s blood. And if you call yourself an American…then… so…do…you.

What has happened in the 24 hours since I wrote my journal entry about my friend’s death; your responses, twitters,…

I can’t put this delicately: I just found out today that over this weekend–on Saturday– a childhood friend of mine… 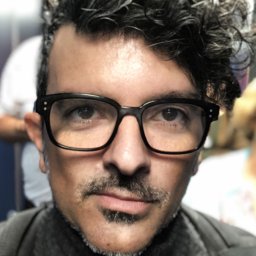 Blog: “We found her. And she is expecting your call.”