Just a pecking away at it

Home Practice Just a pecking away at it
0 1   
By Chance Practice Videos PUBLISHED May 27, 2010

This past weekend saw a lot of footage shot for the upcoming video. The Choir and I practiced as well. Worked on two new songs. Kind of annoying actually, because the sound system was giving us issues (mostly feedback and the like). This, coupled with the fact that we just spent 2, almost 3, hours shooting footage made for a long day (night, actually).  I was fiercely exhausted. And my favorite taco truck was not at its normal corner, so I had to make do with a quick warming of leftovers.

But it’s Thursday now. Tonight, I shoot what should be the final group of shots (apart from any small pickup scenes.) I’m still feeling my grand idea is going to work, but I’m not delusional: it’s going to be hard to pull off.

As I edit down the vid, here’s another screenshot for you:

The new video has been completed

It’s a struggle to restrain my joy. I readily confess to this because the video idea I had, for what…

Phew. Neither shoot was long but both were tiring and physical. But I think I got some good content. We…

It’s my favorite, but I may be a little biased. Post what you think! Time Travel MP3 single | Buy…

The idea is set in stone. I have a backup plan if it doesn’t work, but I’m going for this…

Today is a good day. A day of potential. Of points on the horizon. Last night, I finished shooting footage… 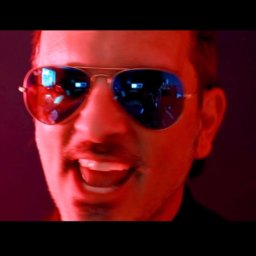