Never, I mean NEVER do what you think is a quick Pro Tools Update just before your lunch break. Makes for a very annoying day in the studio.

Saturday began with an all in attempt to bang out this one song I was working on. I am now comfortable with the structure, happy with the lyrics, LOVE the main essence. Just had to upgrade the bass performance (ie play it well), and flesh out the drum part.

Fleshing out the drum part took about an hour and a half. I thought, hmmm I’m getting hungry, so I don’t want to start doing takes of the bass part on a soon to be empty stomach. BUT…

I had been getting this annoying bug about needing to update my PT software, saying mine was only pre-release. Hmm. I thought I had updated it rather recently. So, I go to Digidesign’s site and….

I download what I thought was the latest and greatest update. It was. BUT…it was only fixing a minor glitch on the update previous…which I had yet to install. So, I essentially applied this update to the release before and, yes you guessed it, hosed my entire system.

It updated successfully alright. But when I went to open up PT, an error window popped up which–after you translate the engineering speak–said, “you are an idiot. Do you even know what you are doing? Have you ever been on a computer before?”

I then left the room and proceeded to eat the quickest lunch I had ever eaten. Amazing what anger can do as a time motivator. I returned, sated, and a little calmer, and texted my Mac/Engineer/Guru friend, Jay the following one word phrase when a PC person has only been using his Mac for a few months: “HELP!

I need to make sure the best bet was to re-install from the beginning and sure as shitforbrains, this was the case.

Now, fortunately for me, and in spite the textually overdramatic story I am relaying to you now, this whole debacle did not take up the entire day. It did not ruin the weekend. It took an hour an a half.

In other words (wipes sweat from brow): PHEWWWWW.

Was able to complete my day by doing some very strong bass takes. And get this: For the first time ever, Henry–who shares the studio with me (or rather I with him)–sat in his crib and stared at me the whole time I comped the bass track.

So long as I played a little bit of the song every 30 seconds or so. He never made a peep. Just stared with wonder.

It was awesome. I listened to the song earlier this morning, and the bass part is done, save for maybe one riff I did in the middle of the last chorus which I’m “not so sure about” note-choice-wise.

But hey: it. Could have been. Far. Worse.

It had to happen some time. That time was Saturday afternoon. The mixes I’m working on right now are literally… 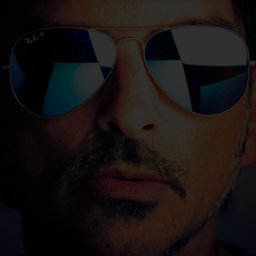 A Chance Announcement: My Music Credo for 2018 and beyond